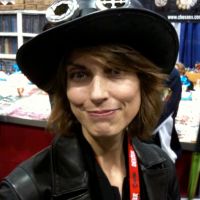 An implantable miniature microscope lets researchers track the brain activity of mice in real time, as the animals forage for food or navigate a maze. It’s like a tiny GoPro for the rodent brain. 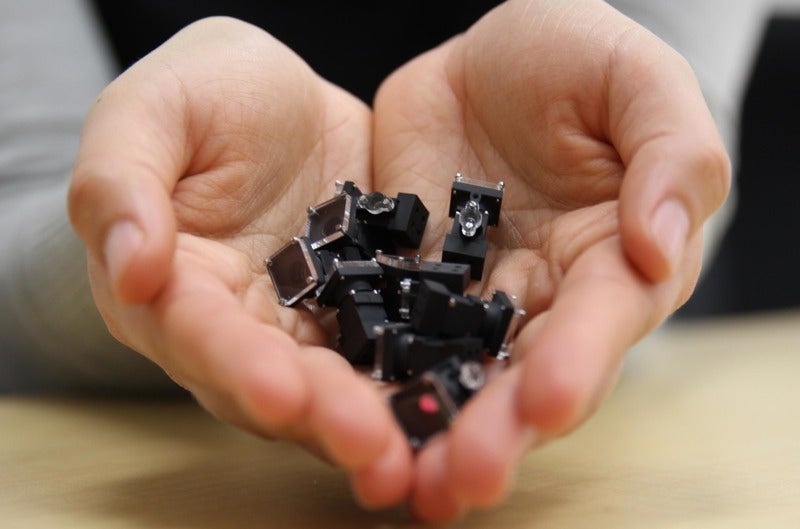 Dubbed the nVista system, it’s the brainchild of Mark Schnitzer, a professor of biology and applied physics at Stanford University, who co-founded a start-up company called Inscopix to market the device. There are currently over 200 such systems being used in more than 100 labs around the world, and that number is still growing.

There are several brain imaging technologies out there for recording brain activity, usually by inserting electrodes directly into the brain and recording groups of neurons. But the mammalian brain has 100 billion neurons, and such techniques only allow imaging of between 20 and 50 cells. Schnitzer likens it to going to a movie and trying to figure out the overall plot by looking at just a few pixels. “We are probably missing enormous pieces of the puzzle,” he told Gizmodo. “We’re not getting a sense of the collective action—what I like to call the orchestral action.”

Functional magnetic resonance imaging (fMRI) and PET scans are other tools commonly used to get a sense of what’s going on in the brain in real time, but these employ indirect measures. Specifically, increases in blood oxygen levels are used to infer the brain regions showing increased activity. “Imagine you are trying to decipher what your computer motherboard is doing by using the data from a heat camera,” said Schnitzer. “You might notice that the motherboard is giving off more heat, but it is not necessarily going to get you that much closer to deciphering what the transistors are doing, or how the information is flowing.”

That’s where the nVsita system comes in. It’s a miniature microscope, just one inch long, that is mounted directly on the head of an adult mouse, along with a cell phone camera (a mini CMOS image sensor) and a light source. It’s now common practice to genetically modify a particular type of neuron in mice to light up (fluoresce) in response to increased brain activity. That fluorescence gets brighter the more active those neurons are, and this light is picked up by the mini-microscope and recorded by the camera.

The nVista is light enough (roughly the weight of four cotton balls) that the animal can go about its business quite naturally, while still allowing researchers to monitor brain activity in real time. It can track up to 1000 individual neurons simultaneously.

“So we are beginning to get a look at the collective orchestral action, what a large assembly of cells are doing in the context of natural behavior,” said Schnitzer. “There are forms of neural activity that you simply will not see if the animal is not behaving in that specific manner. For example, if you’re interested in studying the motor circuitry of the brain, the motor circuits will show different forms of activity when the animal is actually moving than when it is not moving.” 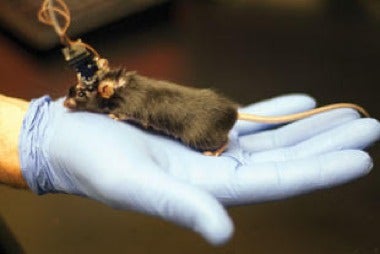 One researcher who has found the system useful is Garrret Stuber, a neuroscientist at the University of North Carolina, Chapel Hill. Last year, he and several colleaguespublished a paper in the journal Cellreporting how they had imaged the activity patterns of individual brain cells in mice as the animals foraged for food. This let them link particular behaviors to specific neurons.

Specifically, they found that while one neuron was activated when the mouse searched for food, a second, nearly identical neuron right next to it only became active when the mouse began eating. That means that targeting clusters of brain cells—say, with drugs to combat obesity—might not be an effective approach. “You wouldn’t want to affect cells involved in appetite because you might affect cells involved in other aspects of motivated behavior,” Stuber said at the time. “But if we could target only the cells involved in consumption, then maybe we could modulate only those cells without affecting motivation.”

This experiment wouldn’t have been possible without the nVista microscope, according to Stuber. “It allows us to really capture the activity dynamics of these really large scale populations of neurons in awake and behaving animals,” he said. “Traditional imaging techniques wouldn’t allow us to record this kind of activity deep inside the brains of freely moving mice.”

Other research groups are using the system to study neuronal activity as it relates to fear, reward, learning, and drug addiction in mouse brains, as well as identifying separate brain circuits for processing the “when” and where” aspects of memory.

Inscopix will continue to refine the nVista system, based on feedback from the researchers using it, according to Schnitzer. In the meantime, “Letting people explore it and see what kinds of experiments they can do has really opened up the set of applications,” he said. “That’s been incredibly heartening.”