Neuromodulation has the potential to transform how we treat chronic conditions of the nervous system, from pain, injury, and even certain neuropsychiatric conditions. Dr. Kip Ludwig leads the Bioelectronic Medicines Laboratory at the University of Wisconsin. There he develops next-generation neuromodulation therapies that use minimally invasive strategies. One way Kip explores how neuromodulation affects neural circuits is by using in vivo calcium imaging with Inscopix miniscopes.

Here, Kip gives us some insight into his work and what inspires him! 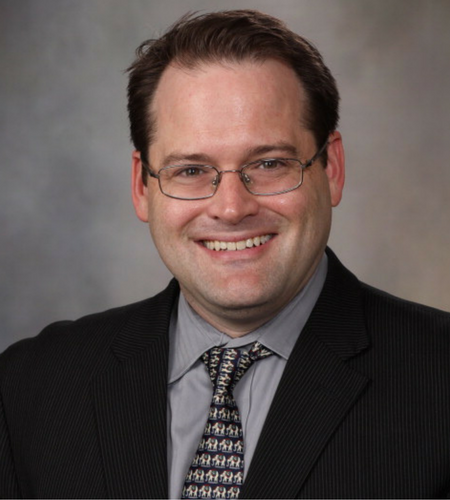 What does your group at the University of Wisconsin-Madison study?

My group studies devices to interface with the nervous system as clinical therapies, commonly known as neuromodulation, bioelectronics medicine, or electroceutical devices.

What are some of the techniques your lab uses to study circuit neuroscience in the context of understanding the therapeutic mechanisms of implantable devices?

What was your first “flashing neurons” moment like using Inscopix technology?

As someone who has tried to develop computational models of stimulation evoked activation of local and downstream neural circuitry, I realized how many of our fundamental assumptions are only applicable in a very narrow window that isn’t really clinically relevant. The other techniques I mentioned previously can provide some information, but can’t really measure stimulation evoked local activation of neuronal and non-neuronal cells with genetic specificity in freely behaving animals chronically which is necessary to validate and refine these computational models. Seeing stimulation evoked optical recordings in chronic, behaving pathological models was just such an eye-opener for me. None of these clinical therapies works exactly like we had been hypothesizing, and the reason is we’ve never been able to visualize local and downstream target engagement with high resolution over time in behaving pathological models. We just didn’t have the tools, and we couldn’t adjust our theories to incorporate what we couldn’t practically measure.

You work across engineering and neuroscience. Where do you find inspiration for your work?

I’ve translated implantable neuromodulation devices from proof of concept in a computational model to large animal studies to a large scale human clinical trial leading to approval for sale in Europe and the United States. I’ve seen neuromodulation therapies successfully treat patients who were simply untreatable or refractory to traditional drug therapies. It’s jaw dropping to be with a patient who has a blood pressure of 250/150 and on 15 hypertension medications yet completely unresponsive, and be able to lower their blood pressure to 100/60 in two minutes by stimulating their carotid sinus nerve. But I also saw way too many patients where the intended neural circuits could only be partially engaged as other nearby neural circuits were being engaged as well causing side effects. Because we couldn’t directly ‘see’ what we were engaging for effect and side effect, we couldn’t optimize the device design and stimulation paradigm to optimize the effect and minimize the side effect. It’s heartbreaking when you are with a patient and you can ‘help them only a little’, but it’s obvious you are at the cusp of helping them a huge amount but you can’t engage the neural circuit you want as precisely as you want. I’m a big believer that we have to be able to see the target engagement, in real time, in awake behaving pathological models to optimize these therapies. If we do that, a multibillion dollar a year industry already can grow 100x as these technologies become smarter, smaller, and less invasive month by month. It’s such an exciting intersection between engineering and neuroscience, with the potential to completely revolutionize how we think about medicine for the next century.

You have worked incredibly broadly across academia, the public sector, and industry. What is the best piece of career advice you like to give?

I was originally afraid that once I made the choice of going into industry, there was no way I could move back to government or academia. I’ve now moved from industry to the government to a non-profit (Mayo Clinic) to academia. The lines are becoming more blurred, but the most important thing is being a strong communicator and a good colleague who proactively helps teammates. This will help you move from sector to sector, as everyone wants to work with you.

You also can’t get away from having to clearly express your ideas in written and oral formats to audiences with very different backgrounds, regardless of what sector you end up in. Nobody is really good at that to start, it takes practice, so get as much practice as you can.

When you’re not busy making a difference in our understanding of neuromodulation therapies, what are some of your favorite things to do outside the lab?

I was an English/Political Science major with a goal of becoming a writer and a politician, before I decided politics are way too hard and became a neuroengineer. I still write and follow politics closely, but primarily I write on the side to amuse myself and others. Hence my biggest hobby is probably just being a smart-ass.

I’m big into sports and play piano to relax. Most importantly I like to spend time with my wife and two kids, who never cease to amaze me with their energy and creativity.