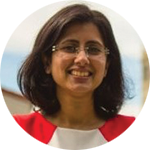 A look at how research in neuroscience (month of June, 2015) changed our understanding of how the brain works. Something new, something awesome!

Do you get anxious when you have to make important life decisions? How do you decide which option to choose and which to ignore? Well, we now know, thanks to a group of researchers at MIT, that this type of conflicting behavior involving cost-benefit tradeoff activates a pathway connecting the medial prefrontal cortex (the cognitive hub of the brain), with striosomes (a compartment in the striatum).

Under approach-avoidance conflict conditions in mice, which involves a goal that has both positive and negative effects, optogenetic activation of this pathway resulted in selection of high-cost options less often, highlighting the role of striosomes in processing emotional information. This novel finding will provide valuable insights into developing treatments for neurological disorders that have impaired decision making like schizophrenia and depression.

Researchers have struck a KORD in rats

A new article explains the use of a novel Gi-coupled Designer Receptor Exclusively Activated by Designer Drugs (DREADD) using the mutated kappa-opioid receptor (KORD) activated by salvinorin B (SalB), a pharmacologically inert ligand. This is a chemogenetic technique in which engineered receptors are used for inhibiting or activating neurons when inert ligands bind to them. These receptors can modulate cellular functions and signaling pathways in different cell types.

A series of experiments in rats showed that activation of KORD, expressed in the midbrain, by SalB inhibits dopaminergic neuronal activity by reducing tonic firing, and reduces locomotor behavior as well. A ‘retro-DREADD’ dual-virus approach was used that restricts DREADD expression to projection neurons in long-range circuits. With this technique, the authors found that SalB decreases neuronal activity in ventral subiculum neurons projecting to the nucleus accumbens shell as assessed by decrease in Fos expression in these neurons. Added to this is the versatility of KORDs as they can be used together with other DREADDs due to minimal or no interference. These results have opened the doors to otherwise difficult to perform experiments to study circuits controlling motivated behaviors in animals.