October brought with it cooler air and many more amazing neural circuit papers! Three of the papers on our must-read list used Inscopix nVista technology in freely behaving mice. We scour the journals and put links here for your convenience. Enjoy!

Calcium imaging in freely behaving mice (nVista) reveals differences in the encoding of social stimuli in the medial amygdala. Most notably, sexual experience triggered lasting changes in ensembles of neurons representing each sex. They also showed a role for oxytocin in this process in males. 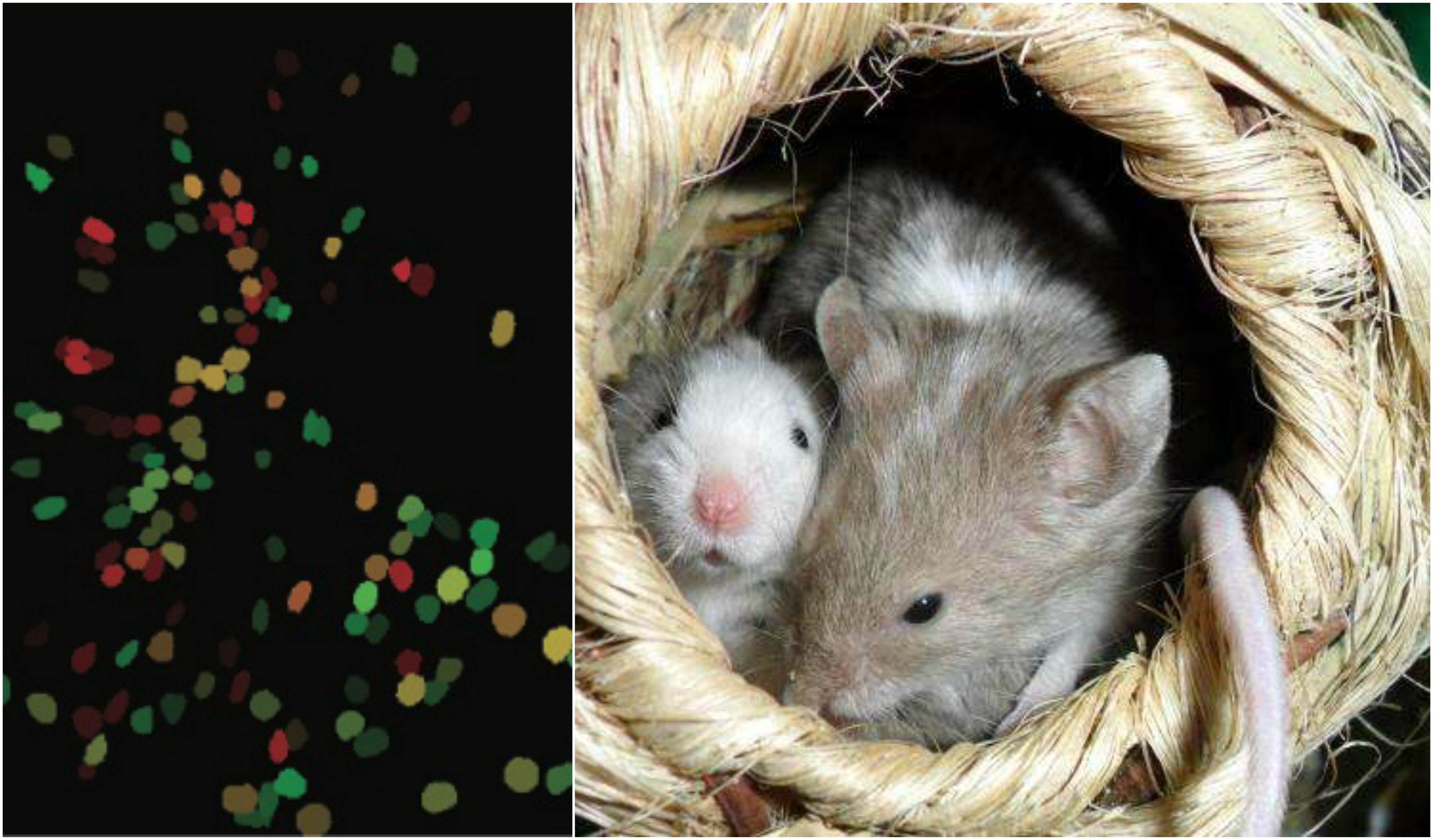 They used a novel rat model to show that central amygdala (CeA) activity is critical to drug relapse after choice-based contingency management. Their results demonstrate a critical role of dopamine-antagonist-mediated neuronal activity in the CeA that is controlled by ventral anterior insular cortex AIV→CeA glutamatergic projections in relapse to methamphetamine seeking after voluntary abstinence.

In this paper, they show that intragastric nutrient infusion inhibits hunger-promoting AgRP neurons in awake, behaving mice in a way proportional to calories, but independent of macronutrient identity or nutritional state. This effect was regulated in a necessary or sufficient way by three gastrointestinal signals—serotonin, CCK, and PYY. In contrast, the hormone leptin induced a slow modulation that developed over hours and was required for inhibition of feeding. “These findings reveal how layers of visceral signals operating on distinct timescales converge on hypothalamic feeding circuits to generate a central representation of energy balance.”

5. Development and Refinement of Functional Properties of Adult-Born Neurons

This is a nice study on the functional life history of an adult-born granule cell (abGC) in the olfactory bulb using multiphoton imaging in awake and anesthetized mice. Their findings indicate that with maturation, responsiveness of abGCs decreases while a subpopulation of cells becomes more broadly tuned. They also found that olfactory enrichment during the early period of heightened odor responses could extend the window for the critical period.

Here they use optogenetics and a computational simulation to determine the number of functionally relevant retinogeniculate (RGC) inputs onto thalamocortical (TC) neurons in mice. Their results indicate that an average of ten RGCs converge onto a mature TC neuron, in contrast to >30 inputs before developmental refinement. This suggests a greater thalamic contribution to visual processing.

The authors used nVista Ca2+ imaging in freely behaving male mice as they interacted with male and female intruders. By recording the ensemble activity in the ventromedial hypothalamus while animals interacted with conspecifics, they saw that instead of being hardwired, the ensembles gradually separated as the mice acquired social and sexual experience.

The Right Crus I (RCrusI) of the cerebellum is thought to play a role in autism spectrum disorders (ASD). Here they combine neuroimaging and neuromodulation in both human and animal models of autism, and most notably they rescued social behaviors in an ASD mouse model, further confirming the cerebellum as a therapeutic target.

They used optogenetics to inhibit the BLA during specific task phases in a model of risky decision making in which rats chose between a small, “safe” reward and a large reward accompanied by varying probabilities of footshock punishment. They found that the BLA can either inhibit or promote choice of risky options, depending on the phase of the decision process in which it is active.