Inscopix At The White House 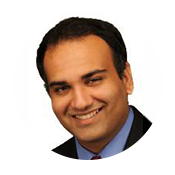 Inscopix was recently invited by the White House for a conference to highlight the progress made by the government, academia, industry, and philanthropic foundations to advance the goals of the Presidential BRAIN (Brain Research through Advancing Innovative Neurotechnologies) Initiative.

President Obama launched the BRAIN Initiative on April 2nd, 2013 to revolutionize our understanding of the human brain, both in health and disease, through technological acceleration.

At the conference, Inscopix announced the doubling of its DECODE commitment to $2 Million to better serve the robust response from the neuroscience research community. DECODE is deliberately designed as an “in-kind” grant program to meet specific objectives outlined in NIH’s BRAIN 2025: A Scientific Vision, for example, rapid dissemination of state-of-the-art technology and crossing boundaries in interdisciplinary collaboration. As a result of its stepped-up commitment, Inscopix will now support up to ten laboratories, selected through a competitive grants process, for a period of two years.

Inscopix was represented at the event by Dr. Kunal Ghosh, C.E.O, and Dr. Pushkar Joshi, Director of Strategic Initiatives. Dr. Mark Schnitzer (Stanford), member of the BRAIN Multi-Council Working Group (MCWG), and Inscopix Chief Scientist, participated in a panel on the cutting edge technology and tools needed to meet the goals of the BRAIN Initiative.