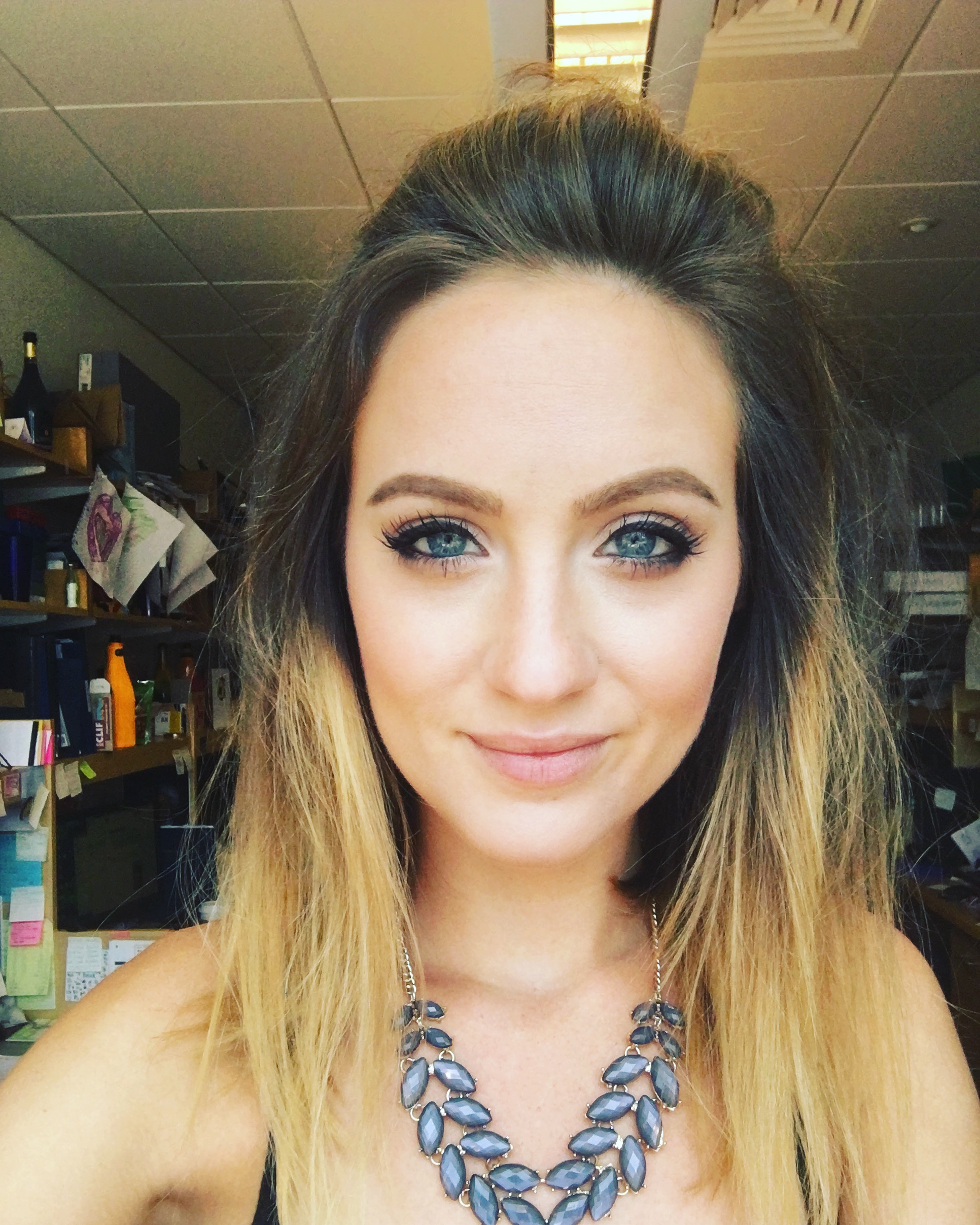 We are thrilled to announce Inscopix Coffee Break! This new series features brief conversations with scientists about life in and outside of the lab. Our goal is to highlight the people behind the science across a wide range of positions-- from established professors to undergraduate researchers! We will also introduce you to our talented team members to showcase careers outside of academia. So take your coffee break with us and get to know your fellow brain explorers!

For our first Coffee Break, we sat down with Dr. Lindsay Schwarz an Assistant Member at St. Jude Children's Research Hospital. Dr. Schwarz and her lab are exploring the neural circuits and neuromodulators responsible for arousal using state-of-the-art techniques. Read on to learn more about her exciting research, favorite science moments, and advice to early-career scientists. If you love what you read, the Schwarz Lab is hiring postdoctoral fellows!

What does your lab study?

I’m really interested in how a specific neural circuit is organized to have multiple functions. Our lab is focused on a brainstem area called the locus coeruleus (LC). The LC is made up of only a few thousand neurons (in the mouse), but these neurons connect to almost every part of the brain and LC neural circuits help control a wide range of behaviors related to arousal. For instance, how do LC neurons help us focus when we need to increase our attention, but initiate a fight-or-flight response if we’re in danger? We’re taking multiple approaches to study the LC, from a molecular level (using single cell sequencing) to a circuit level (using Inscopix miniaturized scopes and optogenetics to visualize/manipulate specific neurons in vivo). I love how much flexibility we have in the direction of our research, even when focusing on such a small neuron population.

Sagittal mouse brain section where LC neurons were labeled with a fluorescent AAV, highlighting how extensively LC neurons innervate the rest of the brain.

Can you describe your first “flashing lights” moment with Inscopix technology?

I’ve actually had two moments. At the end of my postdoctoral fellowship, our lab had Inscopix miniaturized microscopes but hadn’t used them much. We viewed them with a lot of trepidation, but I wanted to learn before moving to start my own lab. I contacted Inscopix, and they set me up with Field Scientific Consultant Chris Tsang [link to FSC], who helped me go from zero experience to getting a recording in less than a month! But I think the best moment was when my postdoc got her first recording. Again, it was with the help of an Inscopix Field Consultant, Pat Stemkowski, who was visiting our lab. Nothing can beat when a trainee runs into your office because they can’t wait to show you their data. And while my first recording had been a handful of cells, she had hundreds! She totally nailed it. What is your favorite circuit neuroscience technique?

I’m biased towards virus-based approaches to target neural circuits in vivo, as that’s where my experience has been. There’s a big push to define heterogeneity in neuron populations using advanced sequencing strategies, but to figure out the function of these newly defined cell types, we will need more specific tools that target neurons based on multiple features. Recently I’ve been excited to see many labs begin to diversify viral tools, either through the creation of new serotypes (retroAAV or AAVphp) or by harnessing intersectional strategies (i.e., tools that express vectors based on expression of multiple recombinases, like Cre and Flp).

Where do you find inspiration?

Sometimes I feel like my best ideas come if I’m not actively thinking about science 24/7. In fact, I rely on my brain to work through stuff subconsciously, whether it be how to organize a grant or troubleshooting something in the lab. So as much as possible, I try to leave work at work. When I leave lab, I enjoy other things- like going to concerts, trying new beers, and reading novels. Often the answer I was looking for will pop into my head when I’m not expecting it! 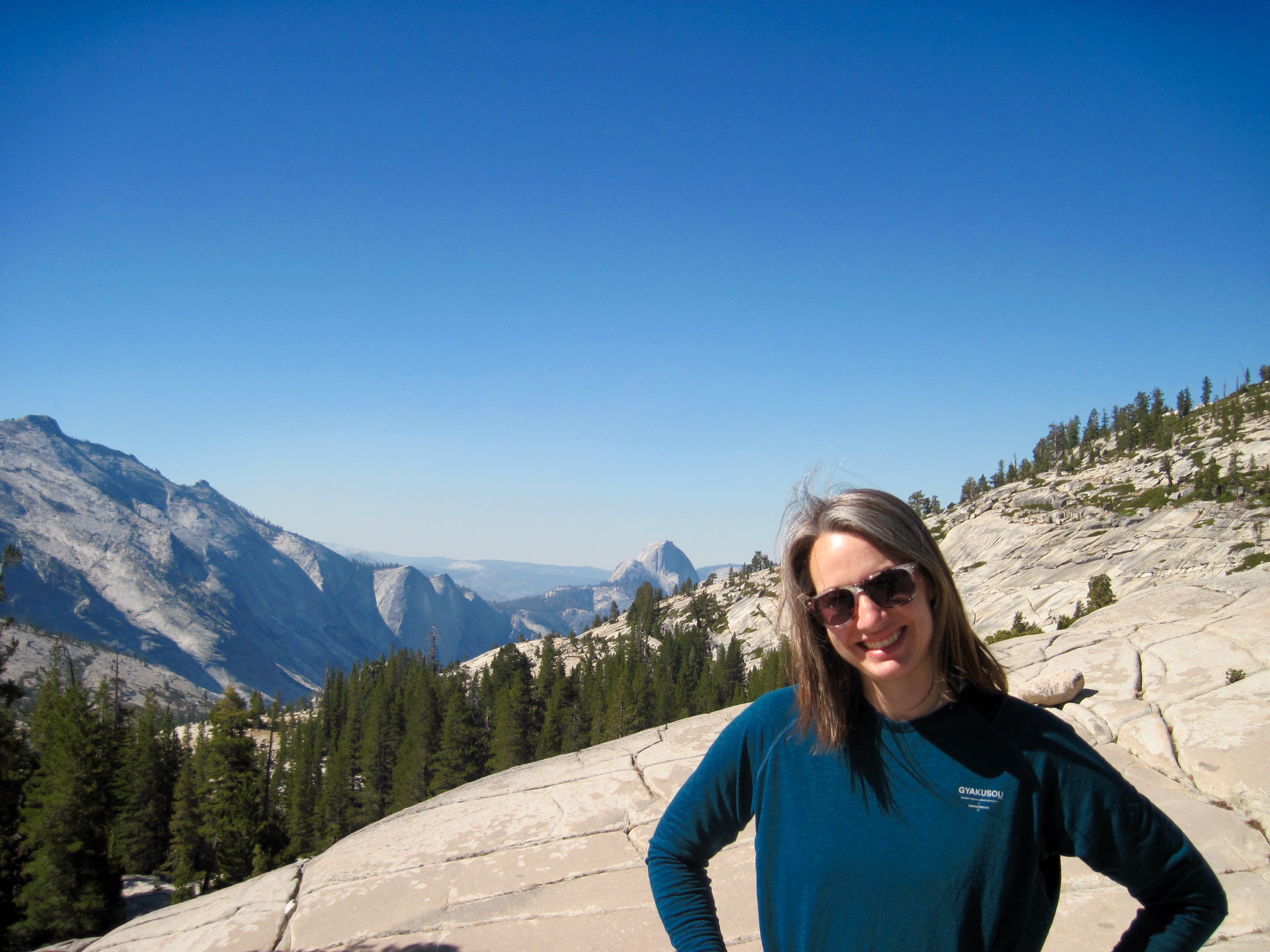 Dr. Lindsay on a multi-day hike in Yosemite National Park.

Do you have any hobbies?

Yes! I spend much of my free time on the weekends sewing clothes for myself. It’s so satisfying to start with a piece of fabric, work through the pattern instructions step by step, and end up with the perfect article of clothing. The best compliment is when someone asks me where I bought something and it’s something that I’ve made!

What advice do you have for early-career scientists?

Seek out a support group of people that are at the same career stage. I was very lonely when I started my own lab. I missed the constant interaction with labmates that I was used to as a postdoctoral fellow and even though I joined a very friendly department, everyone is (understandably) really busy running their own labs. Meeting other new Principal Investigators (PIs) at conferences, finding an online community (New PI Slack), and even keeping in touch with others that were on the job market at the same time have all really helped during the tough transition that every new PI faces. I love thinking about this group that I’ve met 20 years down the road, commiserating together at some meeting about all of our ‘established PI’ problems.

What is the best piece of career advice you have ever been given?

There was a point in my postdoctoral fellowship where I felt like I didn’t have what it takes to be a PI. I had just attended a conference that was pretty rough. I didn’t know anyone, I felt immense pressure and anxiety to ‘network’, and I thought my talk went poorly. I came away from that meeting with the feeling that I lacked some kind of innate confidence that everyone else had, and which was a requirement to be a successful PI. However, I stumbled upon the “How Does She Do It” section of the computational neuroscientist Dr. Adrienne Fairhall’s blog. There’s a lot of great advice from many scientists I look up to, but Dr. Marla Feller’s comments really resonated with me. She said, “Up until the moment I received tenure, I felt like my career was going to sputter away. I was always an advocate for everyone around me, but somehow couldn’t manage to internalize these positive feelings toward myself… Importantly, I never took myself out of the game — I figured I would just keep working until someone actually fired me. Luckily, no one ever did.” That’s become my mantra. I try to focus on showing up and doing things to the best of my ability, and not worry so much about things outside of my control, or if I’m doing things the same way that others do them. Of course, I’m frequently not successful, but it’s a work in progress :-)

Thank you Dr. Lindsay Schwarz for spending your Coffee Break with us!

Do you or someone you know want to be featured in our next Coffee Break post? Email Caitlin at cvanderweele@inscopix.com